What is a Director Penalty Notice?

One of the fiduciary duties of company Directors is to ensure that all tax obligations are met. This includes PAYG withholding, GST, and superannuation contributions. Director Penalty Notices (DPN) are issued by the Australian Tax Office (ATO) to company directors for the purpose of recovering debts. This includes any unpaid, unreported, or falsely reported debts and contributions. These are among the most common signs that a company is facing the threat of insolvency. Moreover, if a company fails to meet its tax commitments by the due date, company Directors may be held personally liable for the amounts payable.

What are the different types of Director Penalty Notices?

There are two different types of Director Penalty Notices that are issued by the ATO. They are the traditional 21-Day DPN and the Lockdown DPN.

As suggested by its name, the traditional DPN gives company Directors 21 days to act accordingly with respect to tax debts owed. It is the most common type of DPN issued and Directors can avoid personal liability provided they do one of the following:

It is imperative to note that the 21 day period begins from the date of issue listed on the DPN and not the date it was received. A failure to comply will result in the ATO commencing proceedings against Directors personally. There are several options available to the ATO including Garnishee Orders. These are court-issued orders which will allow the ATO to recover monies owed by accessing the personal wages and/or bank accounts of a company director.

Legislative change saw the introduction of the Lockdown DPN which significantly expanded the scope of laws with respect to Directors and personal liability. They are issued to Directors when a company has failed to meet its lodgement requirements. Business Activity Statements (BAS) and Income Activity Statements (IAS) must be lodged within 3 months of the due date with Super Guarantee Charge (SGC) due within one month and 28 days of the end of quarter during which the contribution relates to.

The reason for the ‘lockdown’ name is that the penalty issued by such a DPN can only be dealt with by paying the debt in full.

Can ATO issue DPN after liquidation?

One of the key features of a Lockdown DPN is that placing a company into administration or liquidation does not avoid liability. The ATO has legislative power to issue DPNs during or after companies have entered voluntary administration or liquidation. The ATO can accurately estimate company debts owed for PAYG, GST, and superannuation. They will then use these estimates to issue Director Penalty Notices.

What is a Director Penalty?

What is Director penalty parallel liability?

Despite having the ability to chase both the company and Directors personally for unpaid debts, the ATO is not allowed to collect the debt twice. Legislation prescribes that a Director penalty operates in parallel to the liability owed by the company and other Directors who have received a DPN related to the same debt.

If a Director makes part payment or payment in full of their DPN, the company’s liability will reduce by that amount as will the penalty owed by the other Directors. Similarly, any payment made by the company relating to tax debt will result in Director penalties being decreased by the equivalent amount.

What is PAYG withholding Director penalty?

Is a Director penalty that is issued where a company has failed to carry out its Pay-As-You-Go (PAYG) commitments. This includes PAYG withholding, payment of instalments and accurate reporting. One of the easiest ways to avoid DPNs is by being extremely diligent when it comes to prioritising company tax debts.

Are directors personally liable for PAYG?

Yes. Directors are personally liable if a company has failed to meet a PAYG withholding by the due date. A Director automatically becomes liable for a penalty equal to the unpaid amount. As mentioned earlier, there are several options available to the ATO for the purposes of penalty payments including withholding a tax refund. The ATO has the power to pursue Directors to the extent where they face personal bankruptcy.

How to avoid getting a Director Penalty Notice?

The easiest way to avoid getting a DPN is by developing a series of good habits. These will ensure that the company meets its tax commitments on time - preventing it from being in a position where notices of any kind are issued. Directors should consider the following:

The ATO outlines a series of statutory defences for DPNs including:

Changes to Safe Harbour have provided additional protection to Directors with respect to personal liability. The laws promote successful restructure and turnaround for companies at risk of insolvency. Directors are given enough time to properly assess the position of their company and determine the best course of action. That said, laws will not protect any reckless or intentional disregard of key Director responsibilities including tax obligations.

For expert insolvency advice and how to deal with Director Penalty Notices, contact Australian Debt Solvers for a free consultation. 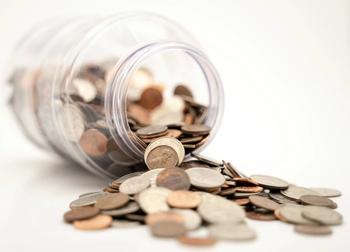 Stay On Top Of Your Business Finances With These 8 Tips

Keeping track of your business finance is critical, regardless of whether you run a small business or a large enterprise.

A Guide to Deregistering a Company

If your company is dormant or no longer trading you may be eligible for voluntary liquidation. Learn about the process of deregistering a company along with any implication and associated costs.

Insolvency is the term used to describe a business or individual who is unable to pay their debts when required. Find out more about insolvency here.