How Recent Events have Affected the Stock Market

The stock market doesn’t exist in a bubble, and the events of the world at large will have a bearing on the performance of shares. It’s been a tough and volatile time for world markets in general over the last few week, and recent tragic events certainly haven’t helped matters at all.

We’ve taken a look at the events in question, and the effect people can expect them to have on the Australian and New Zealand stock market. By understanding how external forces can affect the market, you can gain a better idea as to the best place to put your money.

One of the major events affecting the ANZ stock market in late 2015 was the tragic terrorist attacks in Paris. These horrifying events that stunned a city reverberated throughout the world, and hurt both the New Zealand and Australian stock exchanges over the course of trading.

The NX50 fell sharply by 0.6 per cent on early trading, improving slightly throughout the day to eventually close down 0.46 per cent. Similar things were happening across the Tasman as well, with the ASX200 dropping a huge 1.4 per cent on initial trading before stabilising and recovering to trade down just 0.7 per cent at closing.

That being said, many economists believe that this is more of a kneejerk reaction to the horrific event rather than the sign of a growing trend. The markets will see this horrifying event and react accordingly but eventually adjust over time. Chief economist Shane Oliver reflected this opinion in an interview, stating that:

“Terrorist attacks are horrible in terms of their human consequences and my thoughts are with those affected. But, in terms of the impact on financial markets, there is no doubt that the attacks in Paris will contribute to short-term investor nervousness … The experience with various Al Qaeda-related attacks last decade is worth recalling. After an initial negative impact, share markets bounced back as it was clear that there would not be a major economic impact and it seemed the effect on markets weakened as the terror threat continued.”

Well, if everyone knew how the stock market was going to perform we probably could all retire in a matter of hours. But, it’s worth taking the analysis of Mr Oliver into consideration.

Australia and New Zealand weren’t the only markets to feel the brunt of the tragic events. James Grigor, an equity strategist at Macquarie Private Wealth New Zealand wasn’t quite as sure as Mr Oliver, noting that the markets had been going through a somewhat tumultuous period already and these events have the potential to add to more uncertainty in the future.

Mr Grigor told The New Zealand Herald that equities would likely be less inclined to take risks on stocks with greater degrees of uncertainty, and this adds to a broader bearish feeling in world markets. He said

“Last week was a pretty negative week on the US stock market anyway, with expectations U.S is going to raise rates despite the fact that growth was looking a little more difficult than people first thought. If you tie that in with that’s happening with terrorist attacks in Paris, those two things are going to weigh on stocks opening.”

What should I do with my shares?

Well, for the most part now is probably not the time to do anything too crazy, particularly if you aren’t receiving financial advice that is suggesting a pressing need to act or your shares aren’t performing too badly.

As Howard Archer, an IHS Global Insight analyst in the United Kingdom, says

“As horrific as these events are – and this is truly awful – economic activity does tend to be pretty resilient. At the end of the day, people have to get on with their lives.”

One of the main things that leads people to lose money on the stock market unnecessarily is following the news and making a rash decision based on emotion rather than considered, strategic thinking. As with anything regarding this tragic event, people investing in the NZ stock market need to retain cool heads and make sure they don’t make any sudden investment choices. Long term returns from the stock exchange are gained by having a strategy, and a clear, consistent approach to investment, not by making spur of the moment decisions to escape (or even exploit) the impact of tragic events.

So keep a cool head and listen to your financial advisors before making any decisions.

Getting access to adequate financing is often the biggest hurdle for entrepreneurs and existing business. 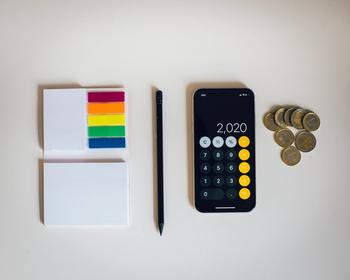 Your Business Budget: Healthy or Harmful?

Ensuring you have a healthy budget is about planning, implementing, and committing to the figures on the page. It’s also about continually reviewing your budget and updating it if and when needed.