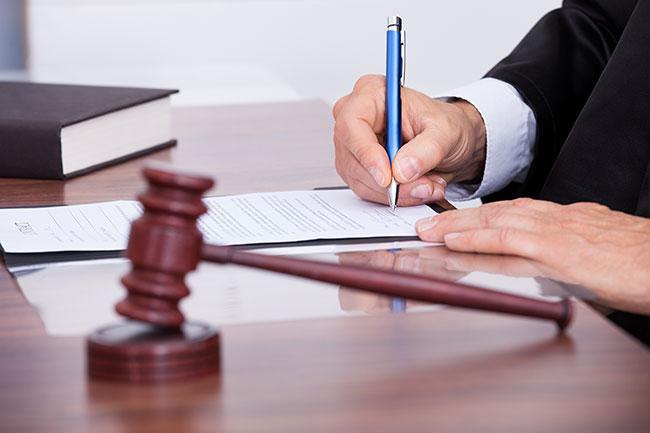 A ‘strike off action’ is the process undertaken by the Australian Securities and Investments Commission (ASIC) to remove a company name from the company register. It is not the most conventional way to close down a business, but effectively dissolves a company and it no longer legally exists. The impact of this should not be underestimated, in particularly if the company in question has significant assets. Below we take an in-depth look at strike off action including why a company would be struck off, the striking off process, and how to apply for reinstatement.

Why would a company be struck off?

There are numerous reasons why a company would be struck off and deregistered. An ASIC-initiated deregistration may be initiated if:

If for some reason the above applies to your company, there is no need to panic just yet. There are several stages in the process of striking off a company to the extent that any Directors would be aware if this was happening. That said, Directors should have a comprehensive understanding of corporate insolvency and their fiduciary duties.

What is strike off action in progress ASIC?

A strike off action in progress indicates that ASIC has begun taking the necessary steps to deregister a company. The actions taken by ASIC are listed below in chronological order:

The process highlights both the emphasis on clarity from the regulator, and the key responsibilities for company Directors.

What happens if your company is struck off?

Striking off a company is significant in more ways than one. In the process of being deregistered your company will also be dissolved. This has an impact on a wide range of business areas as outlined below:

Assets: Property owned by the company vests in ASIC while property held on trust vests in the Commonwealth represented by ASIC. In essence, the regulator will take control of, and assume any benefit of company property.

Directors: The rights of ‘former’ officeholders become both restricted and limited. They no longer have the right to deal with property and other assets that were registered in the company's name.

How do I stop ASIC strike off action?

The necessary actions taken to stop an ASIC strike off action will depend on why the company is being deregistered and the striking off phase that it is currently in. For instance, if you have just received a letter advising you of a pending deregistration, it will include the relevant steps that can be taken to stop the striking off action. You may be required to pay any outstanding fees, lodge relevant documentation, or simply write to ASIC to inform them that the company is still actively trading.

How to apply for reinstatement?

Application for reinstatement can be achieved by undertaking the following few steps:

It may take up to four weeks for ASIC to decide on an application. If your application is refused, you can apply for reinstatement through a court order. If you have received a letter relating to striking off a company and need expect advice, contact Australian Debt Solvers for a free consultation.

6 Smart Ways to Prepare Your Business for Financial Uncertainty

Running a business can be a huge risk. There is no sure-fire way for you to guarantee success, and financial uncertainties are always lurking at every corner.

The Importance of Finance Management: Why Your Business Needs an Accountant

Many businesses, especially smaller businesses, aren’t committed to consulting their accountant on a regular basis. This can turn out to be a costly error over the longer time when in fact a trusted and competent accountant helps you understand what’s happening in your business.