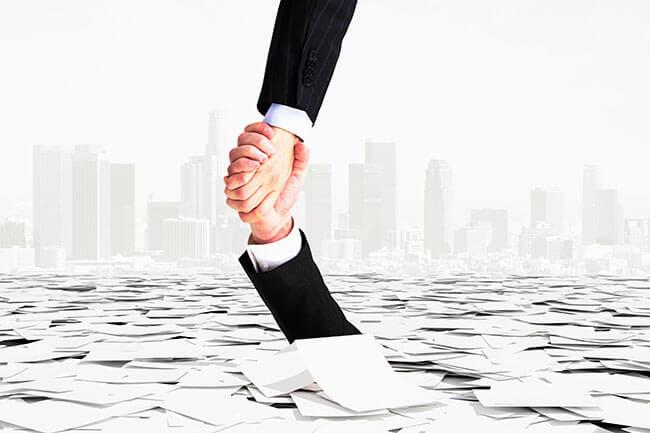 Every business goes through good and bad spells, and sometimes the bad spells can result in actions such as voluntary administration, the selling of the business, or even total liquidation of the company.

These 10 well known Australian brands entered voluntary administration over the past 12 months. Find out why, and what they are doing to salvage what’s left.

The well known Australian handbag and fashion accessories retailer declared voluntary administration in November 2017. Oroton, which has 62 retail stores across Australia, is just of Aussie retailers to suffer from the financial crunch in retail shopping.

According to an ABC report, the business will continue to trade under voluntary administration while it looks for a buyer of the company.

Oroton reported $14.2 million in losses over the 2016-2017 financial year. While company directors did try a number of strategic models to reinvigorate the brand, in the end, voluntary administration was considered the best course of action. A spokesperson from Oroton said:

“The flexibility of the voluntary administration process enhances the ability to further restructure OrotonGroup in a manner which makes it possible to achieve the best possible outcome in these circumstances.”

The broadcaster was forced into voluntary administration towards the end of the 2016-2017 financial year ahead of news its billionaire shareholders would no longer guarantee an important loan.

The news comes ahead of political debate over changes to media legislation in parliament.

This popular online retail portal continues to operate as a strong business, but the holding group, SurfStitch Group LTD and SurfStitch Holdings PTY LTD, went into voluntary administration in August 2017.

As reported by Smartcompany, Tomcar Australia recently went into voluntary administration citing high costs of manufacture and concerns with investors.

The business was launched in 2005 by brothers David and Michael Brim, who spent 7 years developing their first car – a premium off-road vehicle that sold out almost immediately when launched in 2012.

The state body went into voluntary administration after it was unable to pay fees owed to the WA Government and Rugby Australia. In a comment to Rugby.com.au RugbyWA chairman Tony Howarth said entering into administration was a “prudent course of action”.

“We just hope through the voluntary administration we can achieve a restructure for RugbyWA in the best interest of creditors and the great sport of rugby in Western Australia.”

The iconic women’s fashion label Lover entered voluntary administration towards the end of 2017, yet another Australian fashion brand to feel the pinch over online retailing and international brands.

Most known for breezy wedding gowns and floral prints, the brand has a unique story; the brand was founded by Susien Chong and Nic Briand out of a Bondi Markets stall in 2001. With so many Aussie fashion brands under fire, it’s unlikely Lover will be the last to enter into VA.

In January 2018, ASIC published that Publican Group, the hotelier company, entered into administration in late 2017. Before being placed into administrator, the Publican’s nine venues were sold to Australian Venue Co.

The venues are Fargo & Co, Hopscotch, River’s Edge Events, Terra Rossa, The Park and Wharf Hotel, all in Melbourne, and the The Aviary, Guildford Hotel and Wolf Lane in Perth.

With increased retail pressure in Australia, the company overseeing The Outdoor Furniture Specialists has entered into voluntary administration. With 46 stores in its portfolio, the company has relied solely on bricks and mortar trading (it has a website, but no online store). With increased online shopping, it’s hard not to see this as an issue.

The Outdoor Furniture Specialists went into voluntary administration in February 2018, and is the latest in a string of home grown brands going under. Others include Maggie T and Diana Ferrari.

The manufacturing business, which operates out of Villawood in New South Wales and Wingfield in South Australia, fell on hard times after production problems and operational challenges in 2017.

More than 100 staff were laid off in January 2018, with the business entering voluntary administration as it looks to sell the company to an interested party.

If your business is experiencing financial difficulties, knowing the right course of action to take can be hard. The experts at Australian Debt Solvers can assist with advising the best course of action for your individual situation. Contact us on 1300 789 499 and speak with the experts today.

In our article 10 Reasons New Businesses Don’t Survive, we pointed to financial mismanagement as one of the common reasons that new businesses fail.

Every business goes through good and bad spells, and sometimes the bad spells can result in actions such as voluntary administration, the selling of the business, or even total liquidation of the company.