Business and capitalism is characterised by ‘creative destruction’, with this concept being evident through the collapse of businesses around the world. Whether it’s due to poor management and advice or major market changes beyond the control of management, business collapse is not uncommon and happens in all industries. By studying notable business collapses, we can better understand possible driving causes for it, and fully appreciate the integral role that good financial practices play with respect to profitability and growth.

Dick Smith’s expansion efforts ended up eroding its earnings, and led to the company taking on more debt. When coupled with changing customer preferences leading to a decline in market share in the highly competitive consumer electronics market – along with excess unsellable and overvalued stock – it resulted in a perfect storm for insolvency.

Ultimately the business collapsed when its cash resources proved insufficient to meet current and future obligations, and an administrator was appointed in January 2016 as the company entered voluntary administration, just several years after its float.

Hospitality player Keystone Group owed nearly $80 million when it collapsed in mid-2016. With investors and partners such as Jamie Olivier and JP Morgan’s head Rob Priestley, the company was forced into receivership by a syndicate of lenders after several years of aggressive expansion. The group ran a number of popular restaurants, bars, and venues throughout Australia, including the Jamie’s Italian restaurants, Kingsleys and Cargo Bar.

The business continued to trade as it went under financial restructuring. The group blamed its troubles on Sydney’s lockout laws and excessive debt taken on during its expansion efforts. Others have suggested the lack of gaming machines made the venues unprofitable to run. Keystone Group has been able to divest all of most of its assets with the successful sale of 16 out of its 17 venues, with the remaining one restaurant, in Perth, being closed down.

The mining industry is well-known for its cyclical peaks and troughs, and Adelaide Hills copper miner Hillgrove was one of its casualties in 2016. In mid-2016, the company halted trading to raise capital, posting a half-year loss of $102.7 million. At one stage, the company’s liabilities exceeded assets by $23.7 million. The firm’s troubles were largely caused by low copper prices and lower production.

The company has attempted to turn things around since then. In June 2016, as part of a balance-sheet restructuring process, Hillgrove successfully obtained a working capital loan of $4 million from the South Australian state government, and paid off nearly US$14 million in debt owed. It also successfully negotiated a 10 percent reduction and deferral in wage rates with its employees, and implemented a strategy of sale and leaseback of export containers. The latest reported developments suggest Hillgrove is undergoing a rescue plan that involves recapitalisation.

Masters Hardware closed all its stores in December 2016 in a wave of hardware discount sales, given its significant quantities of stock. The Woolworths-owned group has spent billions of dollars since 2011 to develop itself as a serious competitor to the likes of Bunnings, however in vain. Possible causes for its collapse include a poor retailing strategy and an inability to compete on price with Bunnings. As Woolworths closed down and sold off all its Masters stores, it took the opportunity to also offload Home Timber, the owner of Mitre 10.

Popular baby-sling brand Hug-a-Bub entered voluntary administration in June 2016 and temporarily ceased trading for some time. The 15-year-old company, which specialises in organic baby slings, carriers, and wraps, was distributed through an extensive stockist network throughout Australia, including Baby Bunting and Toys R Us.

The business owed money to around 20 creditors at the time of collapse, with the ATO among the parties it owed money to. Ultimately, Hug-a-Bub was able to find a willing buyer and was sold to baby and maternity company Fertile Minds for an undisclosed sum.

Builder group Home Australia collapsed in 2016, leaving work on more than 200 properties around the country incomplete as it entered liquidation. Operating under different names in five Australian states, the organisation, owned by then-senator Bob Day, was also known as Huxley Homes in New South Wales and Ashford Homes in Victoria.

According to Day, the blame was due to Huxley Homes, its New South Wales subsidiary, undermining its balance sheet. An independent audit a few years before the collapse found that the group’s liabilities exceeded its assets by more than $31 million. An earlier attempt by Day to rescue the business by selling off a significant stake to an oversea investment firm stalled and ultimately fell through.

Queensland Nickel, a Yabulu-based refinery owned by Clive Palmer, entered voluntary administration in January 2016, and the creditors subsequently voted for liquidation in April 2016. The liquidation allowed the creditors, which included 800 sacked workers, to pursue Palmer for debts, which total in excess of $70 million, of which around $60 million was covered by the Federal government entitlements scheme. Around $150 million was owed to unsecured creditors at the time of the liquidation process commencing.

Earlier, the administrator found that Palmer had been using Queensland Nickel as his own personal ‘piggy bank’, with millions being withdrawn for donations to the Palmer United Party and shifted to other businesses. The Federal government, as a creditor, has also announced plans to appoint a special purpose liquidator to recover taxpayer funds.

While market conditions and changing consumer demand can be challenging for businesses, government regulations can also have a detrimental impact. In business for two decades, Linc Energy found itself placed into liquidation in May 2016 with staggering debts of $320 million when the Queensland government moved to ban underground coal gasification. Founder CEO Peter Bond had invested a purported $200 million into the company.

The driving factors behind the ban were environmental concerns, but for Linc, the result was collapse. Other contributing factors behind Linc Energy’s collapse might be low oil prices and debt refinancing problems. Linc Energy is facing criminal charges for its Chinchilla plant. Bond is also required to decommission his Chinchilla plant and rehabilitate the contaminated soils left behind.

Brisbane building company Trac Construction was placed into liquidation in 2016, leaving two Chermside apartment blocks and other building projects incomplete. The company reportedly had a workbook of $200 million and a full portfolio of apartment projects that were mainly based in inner Brisbane. Possible causes include the oversupply of apartments and thin margins.

Trac Construction’s liquidation came in the aftermath of the Queensland Building and Contribution Commission suspending its building licence due to the builder failing to pay its debts. The organisation’s team of around 50 staff were sacked before the company ceased trading and entered liquidation. Along with its financial troubles, Trac’s management team faces the possibility of being excluded from holding builder’s licenses or being directors of licensed companies for a number of years.

Valued at $790 million during its peak in 2007, Pumpkin Patch turned out to be a casualty of 2016’s tide of company collapses. Once an empire with hundreds of stores around the world, the company ended 2016 owing $76 million, in administration, and unable to find a buyer. The company recorded a $15.5 million loss in the year to June 2016, after making efforts to negotiate with its lender, ANZ Bank, and attempting to find a buyer. Pumpkin Patch is expected to be completely wound up by February 2017, after having to sack 1,600 staff members.

Established in 1990 as a mail-order business, the company was eventually floated on the New Zealand stock market. By 2015 however, most of its overseas stores had closed down and its retail presence was concentrated in Australia and Ireland. This trend underscores the fact that its demise probably had its roots in the business’s rapid expansion in the US and UK and over-reliance on debt. The company’s failure to respond rapidly to changing fashion trends may also have contributed to its collapse.

Laura Ashley’s 2016 struggles reflect the challenging retail landscape in Australia. The homewares and clothing retail chain has already had 7 of its 38 Australian stores shut down as part of its ongoing voluntary administration process, and has laid off 17 employees as a result of the stores closing.

Laura Ashley stores in Australia operate under a licensing agreement with Laura Ashley UK, and they currently generate $42 million in sales a year. The administrators are continuing to assess the feasibility of the business and are seeking to attract investors for recapitalisation or finding buyers for the business’s assets.

Being adaptable and innovative in a challenging market

These company collapses span sectors and market conditions. Many of these cases suggest that over-leverage and poor expansion strategies can have a detrimental effect on business viability. Even so, the input of turnaround experts and insolvency professionals can make a significant difference as to whether companies and company directors are seeking a return to profitable trading, to liquidate the company while being fully compliant, or to take time out from creditor actions.

If your business is in danger of insolvency, we can help. Contact the experts at Australian Debt Solvers today for advice tailored to your business situation.

What SME’s and Enterprises Can Expect Over the Christmas Period

Business and capitalism is characterised by ‘ creative destruction’, with this concept being evident through the collapse of businesses around the world.

At Australian Debt Solvers we know the economic problems that many small business and multinational listed companies are faced with both here in Australia and overseas. 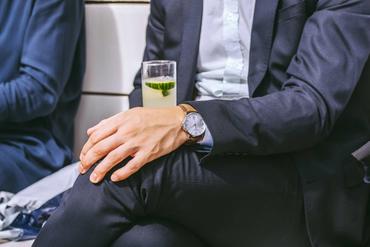 What SME’s and Enterprises Can Expect Over the Christmas Period

We’ve taken a look at the major things SME’s can expect to happen over the Christmas period.