What is a Phoenix Company?

Phoenix company is the name given to an entity that is formed for the purposes of continuing the business of an existing company. The existing company goes through the process of insolvency with any assets transferred to the new company for little or no cost. When carried out illegally, the existing company is stripped of its assets and liquidated to avoid paying any outstanding debts. This includes taxes, employee entitlements and money owed to creditors.

What does the term ‘phoenix company’ mean?

The term ‘phoenix company’ continues to attract controversy as it is not clearly defined in any piece of Australian legislation. Despite being mentioned in the Corporations Act (Cth) there is no definition attached to it. Combined with a burden of proof that is difficult and expensive to prove, regulatory bodies such as ASIC and the ATO are finding it challenging to end illegal phoenixing.

What is legal phoenix activity?

Most of the phoenix activity being carried out is illegal in nature but there are also instances where phoenixing is done with the right intentions. The process of restructure and turnaround is closely linked with legal phoenix activity. This is where a company in some form of distress implements a strategy with the intentions of a prosperous outcome. Similarly, if the new company purchases assets of the existing company for a fair and equitable price, this is also an example of legal phoenix activity.

In many instances debt consolidation along with financial and operational restructuring are part of the process. The key difference is that full disclosure is present with relevant parties such as creditors informed of the strategy being implemented and how any outstanding debts owed will be impacted. Reasons for a business restructure include declining profit margins, poor efficiency, stagnating growth, lack of competitiveness and a shifting customer base.

Can you sue a phoenix company?

If you suspect that a company is engaging in phoenix activity, the first course of action is to report the company to ASIC. With respect to a liquidated company you dealt with in the past, if a new trading entity has since been established using the same assets, you should contact the liquidator who is required to investigate the matter and submit a report to ASIC.

ASIC outlines a set of key Director responsibilities and duties that must be adhered to. This includes their entire tenure as the Director of a company with specific penalties set out in the Corporations Act (Cth) if they have failed to carry out their fiduciary duties. Directors can be held personally liable for company debts, and this includes phoenix activity. Not only may they face civil and criminal prosecution, but a Director may also be held personally liable to compensate individuals and other companies for losses. The process of carrying out legal action against any Directors is done by the regulatory body, namely ASIC.

What does it mean to phoenix a business?

As a creditor you should review your contracts regularly and ensure that the companies you are doing business with remain registered with ASIC. Personal guarantees signed by Directors provide additional security and the first sign can be as simple as payments coming from a different company.

What is a phoenix scheme?

A phoenix scheme is the process undertaken by Directors to create a phoenix company. A failing company that is on the verge of insolvency or trading while insolvent is placed into liquidation. At this point the Directors will create a new company and transfer the assets of the existing company for little or no cost.

The effect of this is that the liquidated company is able to avoid paying any outstanding tax or money owed to creditors. It also creates an unfair business advantage as the new company has acquired assets and a customer base for little or no cost with the added benefits of less debts and reduced operating costs.

Phoenix companies are legal provided that the rules are followed and there is no misleading activity taking place. The process of a company restructure often includes legal phoenix activities such as transferring assets to a new company. The biggest difference is that assets are purchased at an amount that reflects fair market value.

Illegal phoenix companies are created when there is the presence of dishonest and reckless actions from Directors. If your company is experiencing financial challenges it is useful to obtain professional advice. Business advisory services can be utilised to analyse all aspects of your organisation and provide recommendations as to the best course of action to take.

A Guide to Creditors’ Voluntary Liquidation 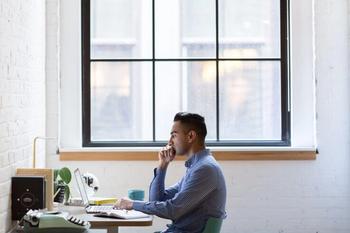 Directors are required to prevent insolvent trading and that may mean having to explore liquidation. Learn more about Director responsibilities and obligations during the liquidation process.

What is Provisional Liquidation?

Whether you’re a creditor, shareholder, or director of a company, you might be considering provisional liquidation to protect and preserve the company’s assets.