With Australian Debt Solvers’ assistance, a small business managed to have an ATO action against them discontinued as it implemented successful restructuring before returning to trading.

Australian Debt Solvers (ADS) was asked to help a struggling online sales marketing and advertiser with a business turnaround strategy and potential insolvency processes. The small business, based in Melbourne, Victoria, had been trading for several years. At one stage it had printed phone books as part of its business before pivoting to online sales marketing and advertising services.

Despite its director and related parties contributing substantial funds to prop up the business, the company was deteriorating financially. The business had several staff and an annual turnover of approximately $1.4 million at the point it accumulated significant debt. Total company debt exceeded $900,000, with over $339,000 owed to the Australian Tax Office (ATO). Significantly, the ATO had already initiated wind-up proceedings against the company, given numerous tax returns were outstanding. This was due to shifting market demand for its services in recent years, after a period of stable business.

So the business had faced a dilemma for some time: continue with business as usual, or transition its business to reflect changing market demand. The impact of declining demand for its service was reflected in the ongoing trading losses of over $565,000 in the two financial years before the company sought advice from Australian Debt Solvers (ADS).

The business contacted ADS as a matter of urgency, and after a thorough review of the business’s finances and operations, ADS found the company required restructuring to continue trading for the longer term. The company was placed into voluntary administration with limited trading continuing. ADS advised the business to continue to trade because if it didn’t, unsecured creditors were unlikely to receive any significant recovery of debts. At the same time, if the business ceased trading or was put into liquidation, the directors may have been potentially liable personally for a significant insolvent trading claim.

Because the company continued with a limited level of trading, its customers remained unaffected and services were provided to them throughout the voluntary administration process. ADS recommended a range of initiatives to be undertaken to bring down expenses and raise margins during this limited trading period.

The limited trading – coupled with restructuring efforts – continued as the business entered voluntary administration. The outcome was a deed of company arrangement (DOCA) to help address its debt situation as well as ongoing viability. Under the DOCA, the company would return to trading under the control of its directors. It would repay creditor debt through asset recoveries over a 10-month DOCA period. Secured creditors would not be affected and their debts would continue to be repaid in full as they fell due. Employee entitlements were also to be met in full, and unsecured creditors were expected to receive a distribution of around 29.5 cent in the dollar after the end of the DOCA. Finally, the wind-up application initiated by the ATO was discontinued.

With ADS’s expert advice, the business was able to restructure without a drastic interruption to its operations and customer accounts, even during voluntary administration. It was able to resolve its debt situation through the DOCA, with a view to returning to profitability in time.

Following the voluntary administration process and DOCA, the director of the company believes the business is on its way back to profitability.

With Australian Debt Solvers’ assistance, a small business managed to have an ATO action against them discontinued as it implemented successful restructuring before returning to trading. 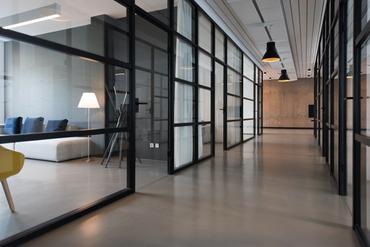 A case study on Restructuring - A listed company encountered cash flow problems and internal management issues. Australian Debt Solvers were engaged by the Director to assist with the cash flow problem, replace the previous Directors and get the company re-listed on the ASX.