What Are A Director's Duties When It Comes To Insolvency?

A company is recognised as being a separate legal entity and it is the Directors who must act in the best interests of the company and any associated shareholders. Once appointed, a Director has statutory and legal duties with respect to the company. These duties expand to include creditors in matters of insolvency and a failure to act accordingly may result in a Director being held personally liable for any company debts.

Why are Director duties altered during insolvency?

It is essential to touch on the core Director duties before explaining how they are altered during insolvency. In short, the Corporations Act 2001 (Cth) outline that a Director must:

What happens if a Director breaches their duties?

Directors face criminal charges, civil penalties, and compensation proceedings if they fail to carry out their duties. The consequences for breaches such as insolvent trading are outlined below:

Director fines and penalties change regularly and can be found on the ASIC website.

Do Directors owe duties to creditors?

When a company is solvent, Director duties with respect to creditors are limited to their fiduciary duties. This includes acting in the best interests of the company, acting with reasonable care and in good faith – all of which encompass a Director’s relationship with creditors.

During insolvency and times of financial distress in general, Director duties extend to consider the interests of creditors. When a company is in this position, a Director has a duty to prevent insolvent trading and prevent creditor-defeating dispositions.

This is one of the fundamental responsibilities of a Director which directly impacts creditors. If a company is unable to pay its debts a Director should not allow it to incur further debt unless there are reasonable grounds to do so. Directors may be in a position to do so if they have accessed the safe harbour provisions or if the company has implemented a restructure and turnaround. The ASIC guide to insolvent trading outlines the key principles of section 588G of the Corporations Act 2001.

Creditor-defeating dispositions relate to transactions where property is sold for less than the best reasonable attainable price. This effectively hinders creditors in winding-up proceedings as there is less money available to pay outstanding debts. Phoenix activity is a primary example where a new entity is formed and any assets are transferred to the new company for little or no cost.

Can creditors sue Directors for breach of duty?

As mentioned earlier, Directors can face criminal charges, civil penalties and compensation proceedings if they fail to carry out their duties. There are circumstances where creditors have the right to sue Directors for breach of duty, but the process varies depending on the breach.

If the breach is trading while insolvent, a creditor can apply to the court to initiate compensation proceedings. Depending on the circumstances, a Director may be personally liable for continuing to incur debt when the company was in a position of insolvency.

This differs from illegal phoenix activity where creditors do not apply directly to the court. Instead, if you suspect that a company is engaging in phoenix activity, the first course of action is to report the company to ASIC. The regulatory body will then investigate the matter and take the relevant steps to obtain compensation. If the matter is relating to a liquidated company that you had previously dealt with, the preferred option is to contact the liquidator that wound up the company.

What are the consequences for a company Director if the company trades while insolvent? 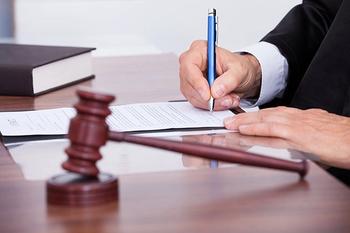 A ‘strike off action’ is the process undertaken by ASIC to remove a company name from the company register. Directors should know about strike off action including why a company would be struck off, the striking off process, and how to apply for reinstatement.

Meeting your tax obligations is an essential part of running a company, but what happens when you can’t pay your tax bill? In between being unable to pay and the ATO initiating tax collection action, there are steps you can take to avoid unwanted outcomes.

In this video, David Hill explains things financiers look for when you are applying for business finances.